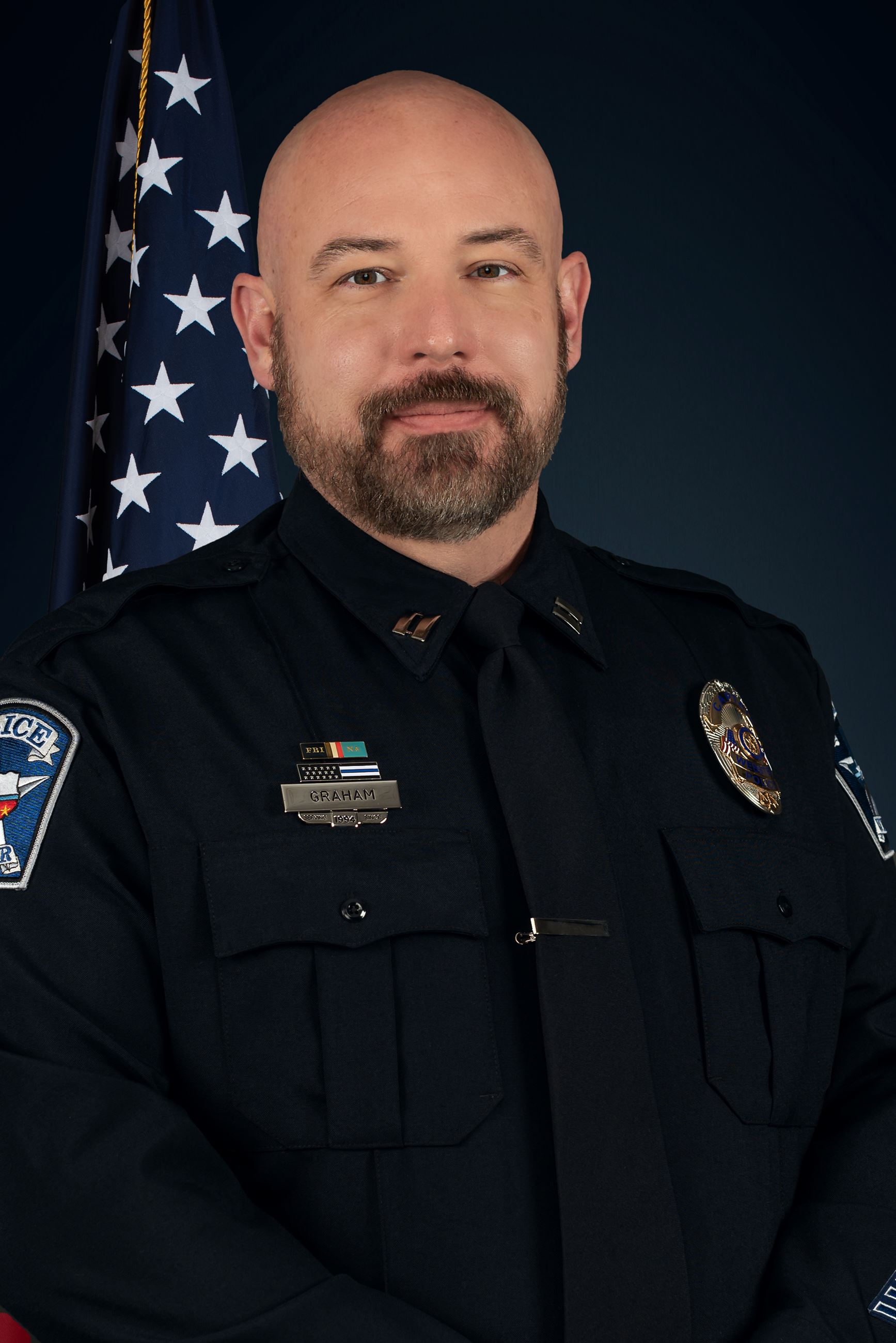 The Patrol Captain is in charge of the day-to-day operation of the Patrol, Traffic, and Street Crimes Divisions.

Captain Graham has been with the Webster Police Department since February of 1994. During that time he has served in many capacities within the department; they include, Patrol Officer, Corporal, Sergeant, and Supervisor of the Office of Professional Standards. Captain Graham is a TCOLE Licensed instructor and is currently in charge of the department’s Firearm’s and Taser programs. He has over 3000 hours of training; many in specialty fields like Field Training Officer, Special Weapons & Tactics, Bike Patrol, and Crime Prevention.

Captain Graham has attended Sam Houston State University as well as the University of Houston, and is a graduate of the 222nd Session of the FBI National Academy. He holds a Master Peace Officer Certification from the Texas Commission on Law Enforcement, and during his off time is continuing his education at the College of the Southwest in Hobbs, New Mexico. He is also a 2019 graduate of the Texas Certified Public Manager Program through the University of Houston Hobby School of Public Affairs.