Donna Rogers, Mayor of the City of Webster, was re-elected for a second consecutive three-year term on February 2, 2021. Mayor Rogers’ leadership, since 1995, has resulted in unprecedented economic growth and vitality for the municipality, along with highest levels of service to residents and commercial constituents.

Rogers’ tenure includes serving as Council Member and Mayor from 1995 to the present, as well as presiding as the President of the Webster Economic Development Corporation since its inception in 1999.

Mayor Rogers’ invaluable combination of leadership, experience, and dedication to the City is illustrated by  her “Webster Advantage” platform, which translates into some of the lowest property tax rates and utility rates in the region, fueled by business growth, premier public safety, quality infrastructure, and unsurpassed customer service.

While Webster’s footprint might be small—just 6.7 square miles—it’s home to more than 10,000 residents and over 2,200 businesses that include some of the most innovative and successful companies on the planet. It’s important to Mayor Rogers that residents, businesses, and visitors to the City find Webster vibrant, attractive, and safe—a wonderful place to live, work, stay, and play.

Mayor Rogers acknowledges that the City’s strength can be measured by those who labor diligently on its behalf and invest in the municipality, as it is people who build, cooperate, collaborate, guide, and lead with their hard work and insightful decisions. Mayor Rogers stands committed to working hard with her fellow council members, board members, and constituents to ensure that Webster is a leader among cities.

For more than two decades, Mayor Rogers has resided in Webster—a City, community, and people to whom she is deeply connected, and she exhibits that relationship by continuing her legacy of service. 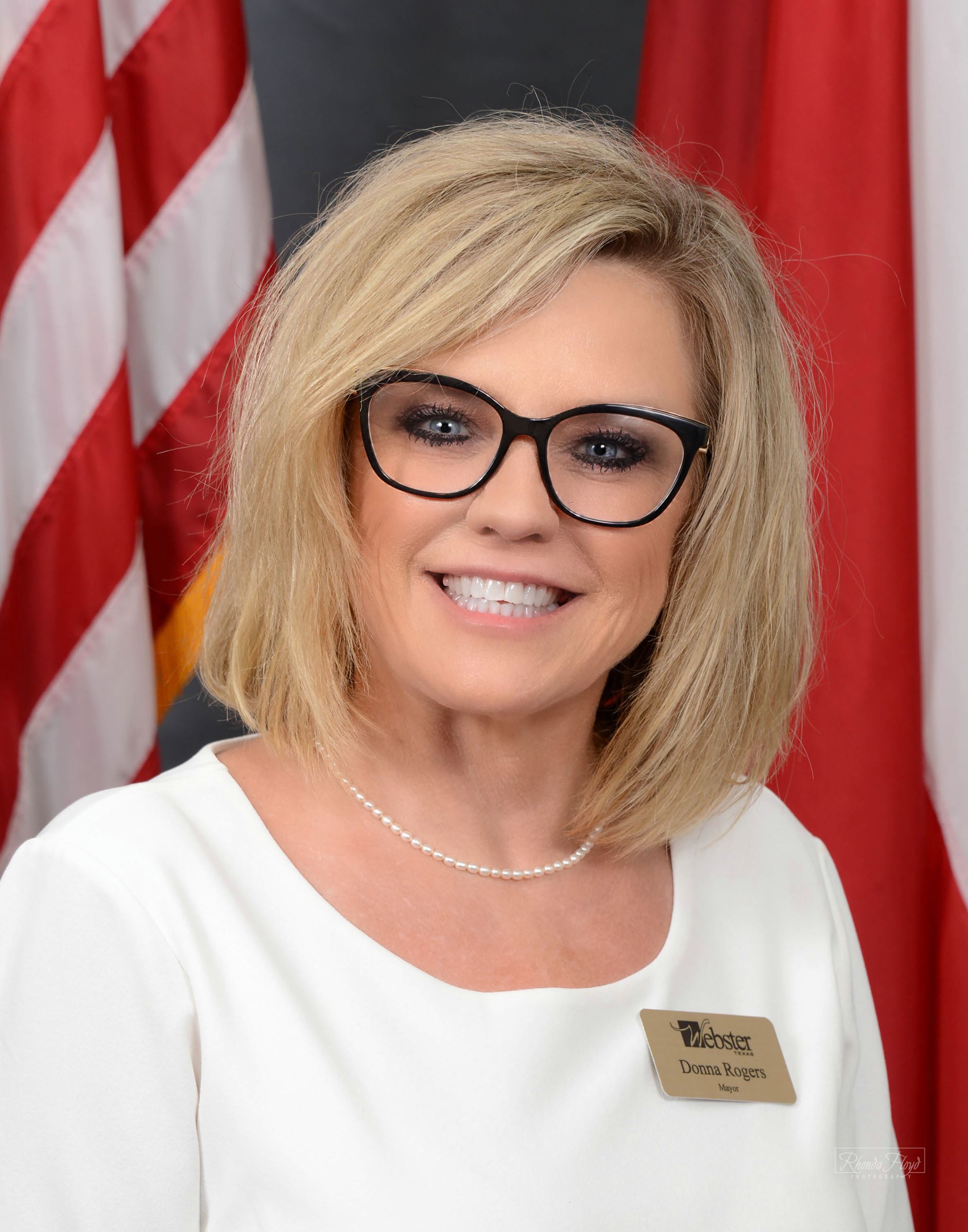