The Support Captain is responsible for the Criminal Investigations 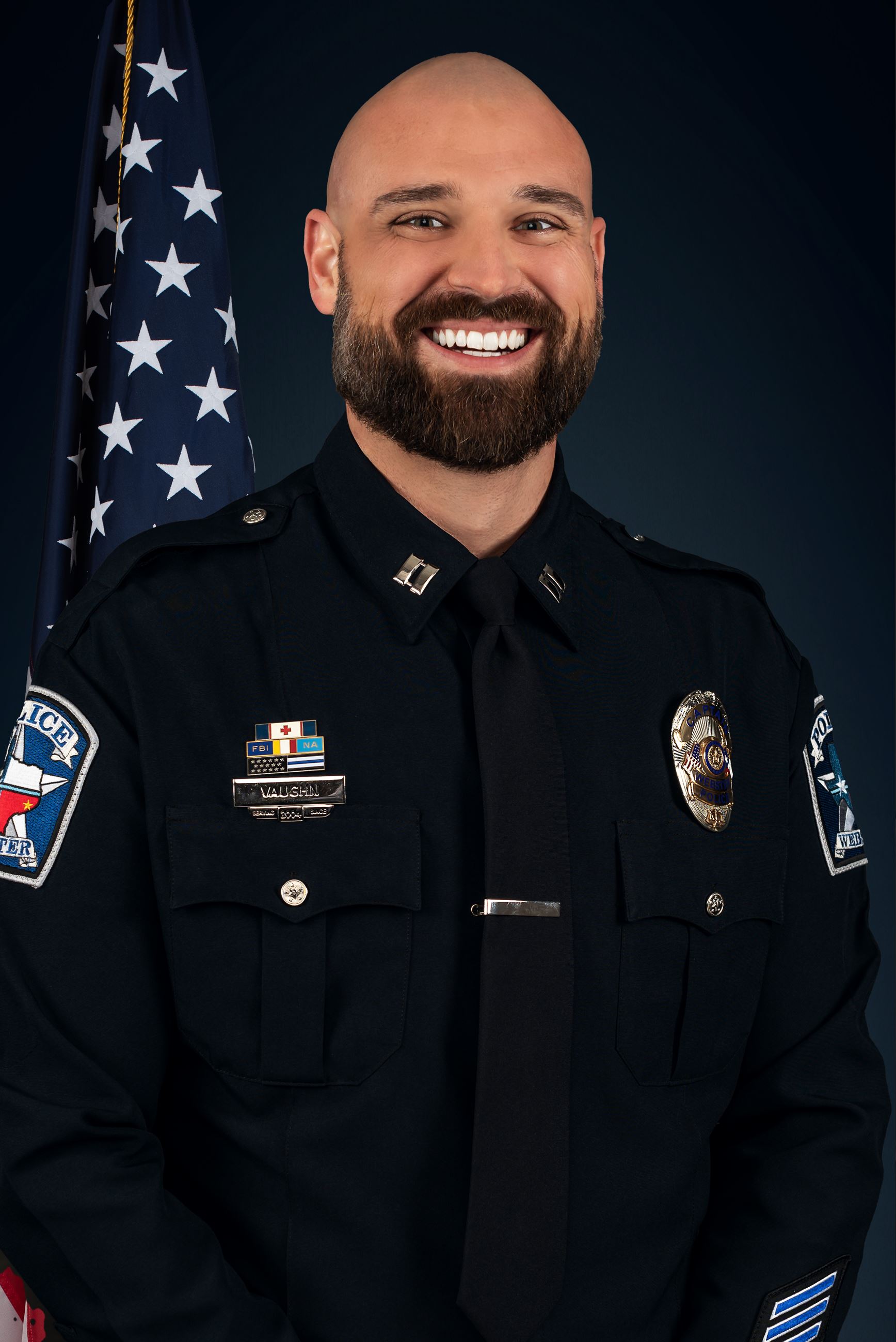 Captain John Vaughn is a Texas native, who was born right here in the City of Webster. Captain Vaughn attended the Alvin Community College Law Enforcement Academy and began his law enforcement career with the Galveston County Sheriff’s Office in 2004. In August of 2006, he was hired by the Webster Police Department and assigned to night shift patrol. In 2009, Captain Vaughn was chosen to be one of two canine handlers with the Webster Police Department and handled a dual-purpose narcotics/patrol canine. In 2014, he was promoted to the rank of Police Corporal and to the rank of Sergeant in 2015. During his time as a Sergeant, he supervised every patrol shift and the Criminal Investigations Division. In January of 2021, he was promoted to the rank of Captain and assigned as the Support Services Division Commander.

During his dedicated years of service with the Webster Police Department, Captain Vaughn has attended over 2600 hours of training and obtained many different certifications, such as field training officer, certified police instructor, firearms instructor, less lethal impact/chemical and distraction device instructor, police K-9 Master trainer and is a graduate of the FBI National Academy’s 277th Session.  Captain Vaughn has dedicated his career to the City of Webster and looks forward to helping provide a safe environment for those who reside, visit and work in our community.