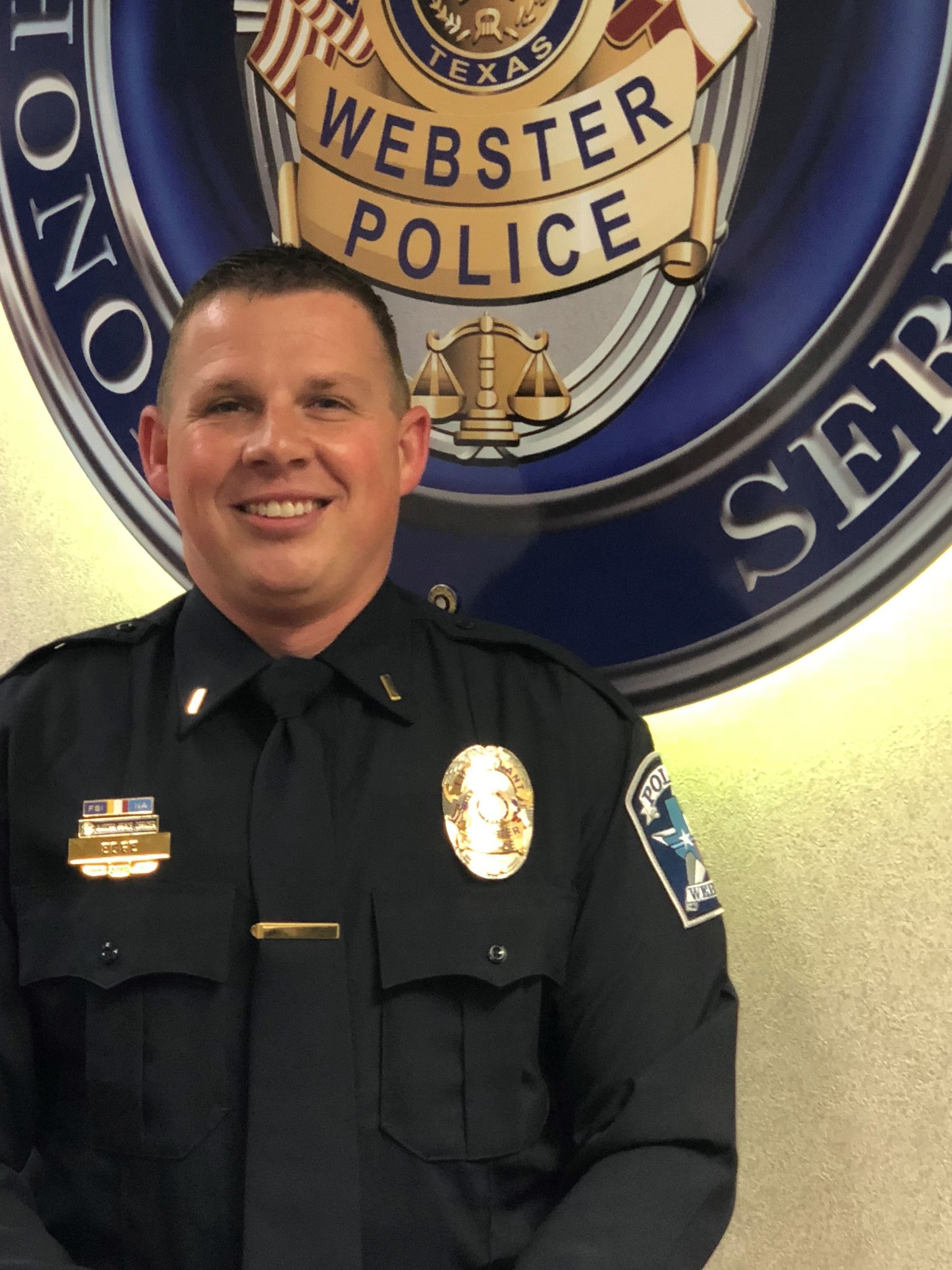 The Support Services Captain is in charge of the day-to-day operations of the Communications, Public Safety IT, Records, and Criminal Investigations Divisions.

Captain Jeremy Edge has been with the Webster Police Department since 2009 and has been assigned as a Division Commander since August of 2018. Prior to this, Captain Edge was a Sergeant in the Patrol Division and served as the Field Training Coordinator for the Department. Captain Edge has obtained a TCOLE Master Peace Officer License, a Master of Science in Criminal Justice – Public Administration from Liberty University, and a Bachelor of Science in Environmental Studies from Texas A&M University. Captain Edge attended the FBI National Academy in 2016 and is a graduate of the 263rd session where he served as a Section Representative. During his time in the Patrol Division, Captain Edge was an Instructor, a Drug Recognition Expert, an Advanced Collision Reconstructionist, a trained Hostage/Crisis Negotiator, a Field Training Officer, and an Intoxilyzer Operator. In his free time, Captain Edge enjoys spending time with his family and serving at his church where he is a small group leader and plays bass guitar on the worship team.