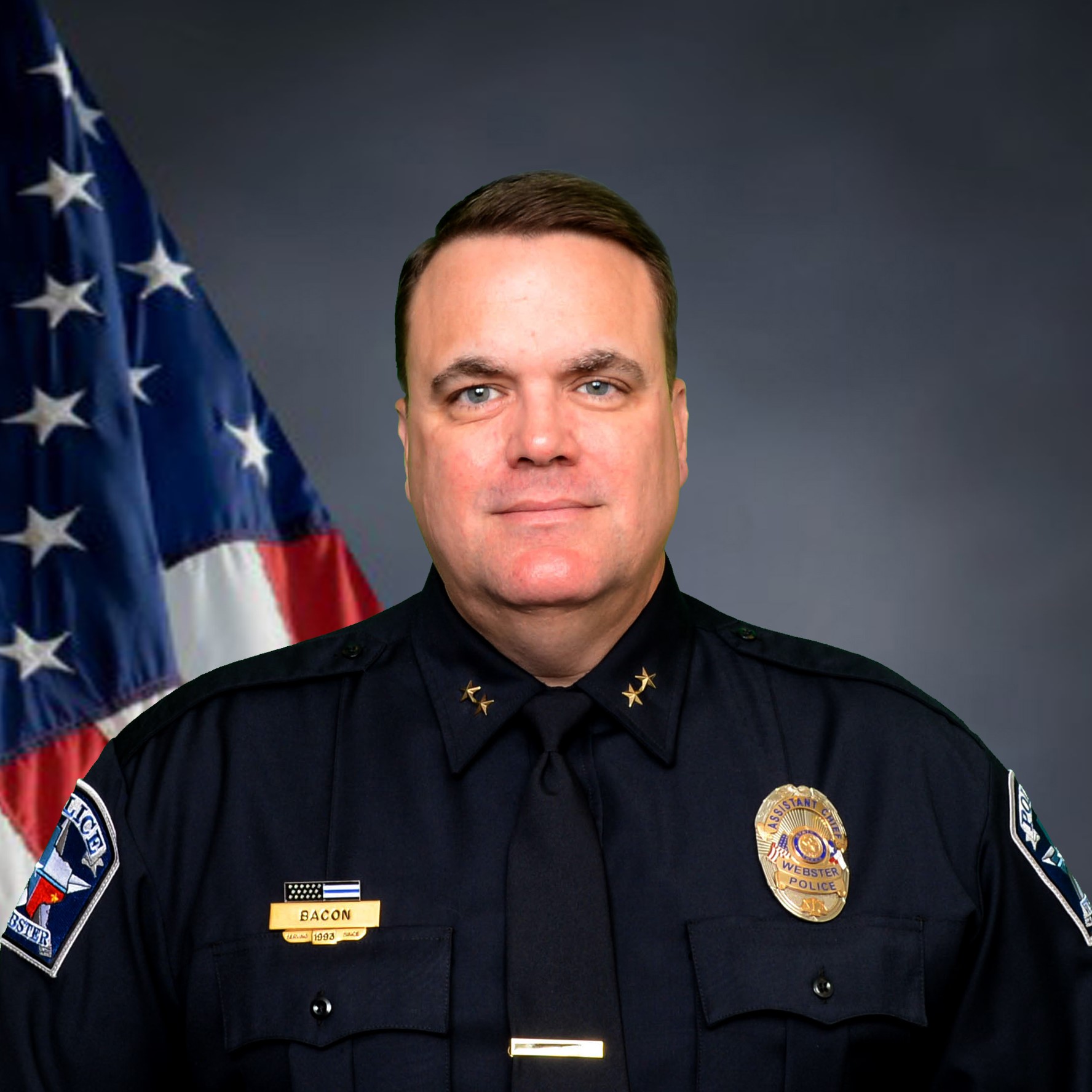 Pete Bacon was appointed to the Assistant Chief of Police on March 6, 2018.

Assistant Chief of Police Pete Bacon has over 27-years of law enforcement experience beginning his career in 1993 as a Police Officer with the City of Columbus, Texas. He then worked four and a half years as Harris County Deputy Constable, before joining the Webster Police Department on January 2, 1999. He promoted to the rank of Sergeant in 2004, and supervised both Dayshift and Nightshift Patrol, the Office of Professional Standards, the Traffic and Crash Investigations Unit, and the Special Operations Unit. Promoted to Lieutenant in April of 2015, he assumed command of the Support Services Division, where he was responsible for guiding the department through the most recent re-recognition process of the Texas Police Chief’s Association Best Practices Program. He promoted to his current rank in March of 2018. Assistant Chief Bacon holds an Associate’s Degree in Criminal Justice, a Bachelor of Science Degree in Criminal Justice Administration, and is completing a Master’s Degree in Public Administration. He is also a 2019 graduate of the Texas Certified Public Manager Program through the University of Houston Hobby School of Public Affairs. Assistant Chief Bacon holds a TCOLE Master Peace Officer License and is a proud veteran of the United States Marine Corps, where he served in an infantry company and scout/sniper platoon with the 1st Battalion, 23rd Marine Regiment.