I'm honored to have been entrusted by the voters with Councilmember duties for the next three years.

First and foremost, I will work with the Mayor, City Manager and fellow council members to ensure public safety remains a high priority. Police Dept. fast response times and the Fire Department ISO 1 rating will be maintained. I'll listen, ask and learn from our Police and Fire Chiefs where equipment replacement, facilities refurbishment, training and EMS support service is necessary to enhance our citizens' safety. As a Councilmember I'll facilitate those efforts.

Maintaining the "Webster Advantage" through economic development efforts will be a priority so that quality commercial developers, medical facilities and businesses will continue to locate and expand here. As our sales tax base remains robust, less of a burden is placed upon our property owners. As a Councilmember, I'll continue to work on the WEDC and with full-time staff to ensure proper business incentives continue.

I'll also work with the Parks & Recreation Board and full time staff to oversee refurbishment of Webster's existing parks and roadway entrances. Where feasible we'll encourage commercial property owners toward clean-up, redevelopment and beautification so that Webster can maintain its "Scenic City" status. Overall goal is to keep Webster a great place to live, work and play.

Prior to his election to the Council, Lapeyre served the city of Webster as an appointed member of the Webster Economic Development Corporation Board of Directors (2010 through present), the Citizens Advisory Committee (2013 comprehensive plan update) and the 2015 Charter Review Commission. He is also a 2012 graduate of the Citizens Police Academy (CPA), a participant in the 2018 CPA and completed the 2011 Community Emergency Response course.

Lapeyre served our country for 21 years as an enlisted soldier, ROTC cadet and officer in the U.S. Army Reserve. He is a veteran of Operation Iraqi Freedom (2004 to 2005) where he served as a Civil Affairs Operations Officer in Najaf province. Upon conclusion of the OIF tour he was awarded the Bronze Star for Meritorious Service.

Lapeyre retired from the USAR in 2007 at the rank of Major. Lapeyre is an active Parishioner at St. Clare of Assisi Catholic Church and a member of Space Center Houston. He is a native of south Louisiana and became a Webster resident during summer 2005. His formal education includes a BS degree from the University of Louisiana-Lafayette and a MBA from Loyola University-New Orleans. He has pursued a 20-year career in commercial credit/business banking for community, regional and national banks.

Lapeyre enjoys spending time with his two daughters and attending their sports/school events. His hobbies include saltwater fishing, weightlifting and swimming, jogging in two of Webster's great parks and seeing performing arts events. 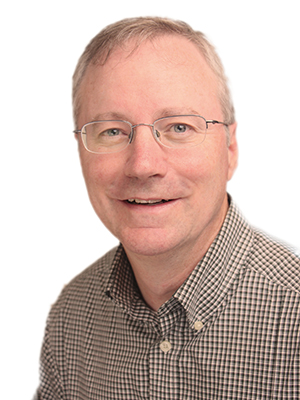